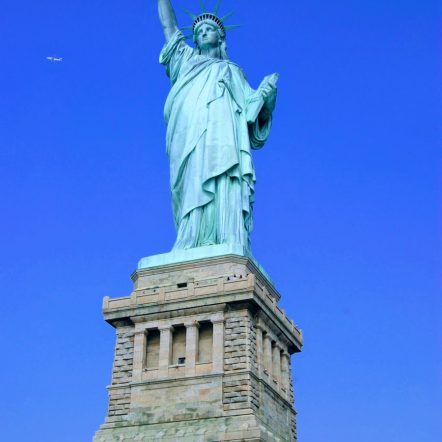 People who know me know that I am not a politically charged person. As a matter of fact when I arrived back on the shores of the United States a few years ago after living abroad for 9 years … I could not believe the hatred and hate-spewing of my fellow Americans! Both in the church and outside the church. I saw a fierce battle that was tearing people apart. If you knew me in those days, you will know that I didn’t want anything to do with politics! I virtually wanted to be “Pollyanna” with my fingers in my ears! I wanted to shout “stop the hatred”, “stop the bickering”, “stop, stop, stop”! So, that’s the setup for this message. A message that is targeted to The Church – to those who say they believe in Jesus Christ :

I still believe it’s not about politics per se, but I realize that I have been “politically incorrect” in thinking that politics don’t matter! Of course, they matter because our nation is set upon a system of electing leaders who are supposed to be working for us – not suppressing our rights. It’s about standing for righteousness, values, morals, and standards. It’s about one nation under God with liberty and justice for ALL. It’s about the land of the free and the home of the brave! It’s about fighting to preserve the right to free speech, freedom to worship, freedom to sing, freedom to have opposing opinions, freedom to build small businesses, freedom to move about when and where we choose. We are in the midst of a battle for all these things and much more. I can no longer say that this does not include the arena of politics, for our system is set up to elect a man or woman who will lead in the allowance for our freedoms in all these areas. I will say to the Christians …. we are not electing a charismatic pastor – so get over personality! We must get over looking for a perfect man or woman who will lead the revival. It’s about electing a leader who will stand up for the freedom and sovereignty of our nation! It is not about personality, it is about preserving and protecting our rights, our history, our future. We have to ask ourselves in light of God’s word … who is it that stands for the freedom of the Church? For the right of the sovereignty of our nation and of the nation of Israel? I mention Israel because God’s word says we must stand with Israel. It’s His plan in the scheme of eternity. Sovereignty is a huge issue at stake in this very moment. If we don’t want to become a part of a global system without the rights we have known as Americans we had better wake up fast! We need to understand the example God has given us in His word when the nation of Israel was taken captive by the Babylonian system and became their slaves. NO! We cannot let this happen my friends! We cannot! We must not! This is not about opinions, it’s about facts, truth and God’s way! Please, my friends, let’s be like the sons of Issachar who understand the times and seasons! Let’s not stay asleep or even worse … fall for the ploy of the enemy of our future freedoms!

Perhaps we should stop listening to the shouting coming from the media and start looking at God’s word to see what He has to say? What does He say righteousness looks like? What about His views on justice? What do His examples of freedom and liberty look like? In light of the scripture, I personally can see only one candidate that is standing in the gap and standing up for The Church and for Israel. One who is willing to take a bold stand against all the accusations, slander, and looting of our rights. He is far from a perfect man, but he is the only one standing between our nation becoming just another nation in the global world order or remaining a sovereign state where we are allowed to make our own rules to govern our land. I do not want the globalists to be the powers over my rights, decisions, and freedoms!

We, Americans, are not well versed in the world. Most of us do not understand what has happened as nations have turned over their rights to dictators, and socialist-marxist-anarchists! I watched Venezuela destroyed from the inside out! I have lived in nations that depend upon us (the USA) for any level of opportunity to exist. We are far from perfect as a nation and have not always made the right call, but we are still a nation with a purpose … with a God-given destiny in this world. We cannot let our nation fall to the rule of the globalist agenda!

Do we understand that China is waiting in the wings to rise up as the superpower if we go down? Do we really get that? Do we really want the same persecution of the church that those under that rulership have endured? Do we really want to become martyrs for our beliefs because we don’t have the freedom to worship, to vote, to speak, to make our own decisions? Lest I be misunderstood …. this is NOT about China! Although very sobering, I am simply using this as a worthy to be considered example! Are we really seeing that right now in our country churches have been ordered to remain closed by governors and mayors? Our President said it’s time for churches to open by Easter! What happened to that? Even to the point in California that they are ordered not to sing or meet in homes! They are being threatened for their electricity and water to be turned off if they gather – even worse to be arrested! All the while it’s fine for looters and rioters to be protesting and tearing up our cities in the name of justice! These orders are not coming from our President, they are coming from socialistic mayors and governors seeking for power plays in the midst of the crisis.

There is a war against the freedom to worship and stand for our beliefs! A war against “one nation under God”. Do we see it? Oh, my friends … this is a sobering moment on the world stage of history! We must awaken to the reality of what is taking place and who the global players are that are directing the scenes! Remember, that even though men and women are the vessels – it is an agenda being wrought through people by the forces of hell! The bible says we don’t wrestle against flesh and blood, but against powers and principalities of darkness & wickedness. Let us be aware that these powers are not simply floating around in the air as we take swings at them like a pinata! No, they are using those who choose to line up with their agenda. Just like we, the church, are being called to line up with God’s agenda and be His voice! If we are going to line up with His agenda, we’d better know what it is! Thankfully we have been given God’s word and the Holy Spirit in order to discern the will of our Father! Are we hearing HIM? Or are we hearing another voice? Don’t be mistaken … this is a fight of “light and dark” – not of “black and white”. Take a deeper look and discover what is really going on! I don’t understand how we can call ourselves believers and Christians and take the side of ideals and agendas that are opposed to God’s word. How can that be? If you understand that, please explain it to me. I am speaking of God’s ways – not the matter of simple opinion or belief systems. We can believe many things and yet those beliefs still don’t line up with what God says. Either He is right, or we are. We must decide!

God willing, I don’t plan on always having my feet planted on the soil of the USA, but I will always be a Patriot with love for my country! The one who stands for righteousness, opportunity, freedom, justice and has produced people with hearts to make a difference in this world. Do you realize that in many places around the globe we (Americans) are known as some of the most generous and helpful people on earth? In order for that to continue, we must wake up to the TRUTH of the agendas we are watching unfold before our eyes! Let’s put on “God glasses” and truly SEE things from a godly position – based upon His character, His Spirit, and His word! We can only do that if we open ourselves, lay down our opinions, and seek His face for the truth according to the One who rules from Heaven! One last note and not for the sake of bickering, dividing, or bashing anyone else … I personally see no other candidate who is standing in the gap for our freedoms and liberties than Donald Trump! Selah! Meditate on these things and see what the Holy Spirit speaks to you and confirms IN the word of God – not on the pages or TV screens of opinion and agenda – be it yours or somebody else’s!

May we line up with His ways so we can continue to stand and say, “God bless America”. We can only say this as we give Him something to bless according to our actions being aligned with His ways! I say we act like Christians and “vote the bible’!

“Because of this, since I first heard about your strong faith in the Lord Jesus Christ and your tender love toward all his devoted ones, my heart is always full and overflowing with thanks to God for you as I constantly remember you in my prayers.  I pray that the Father of glory, the God of our Lord Jesus Christ, would impart to you the riches of the Spirit of wisdom and the Spirit of revelation to know him through your deepening intimacy with him.” Ephesian 1:15-17 (TPT) 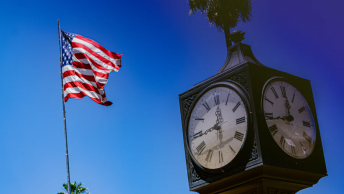