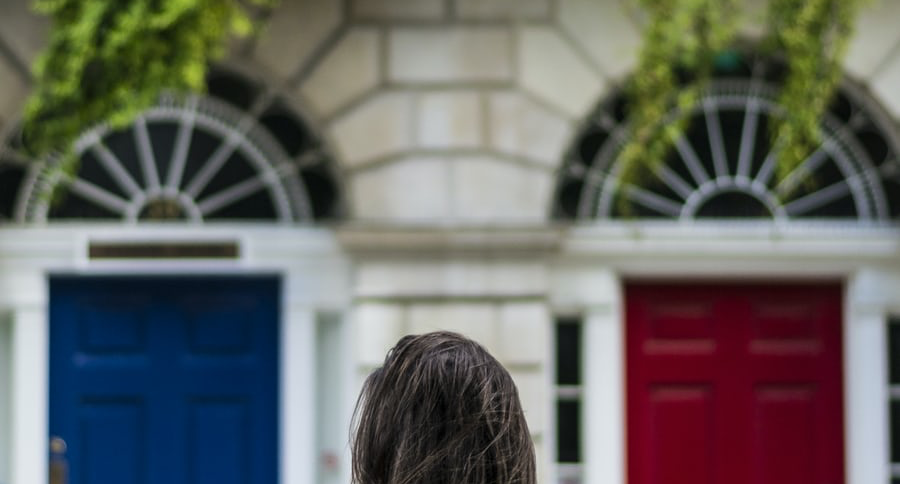 Okay, enough debate about the debate! I hear the Lord beckoning us to fast forward! Let’s get our eyes back on the real subject at hand. There are many opinions, viewpoints, and observations following an unexpected night that was most amazing to all who watched … on both sides of the aisle! But … it’s time to quit talking about one event and get our eyes back on the MAIN event! Let’s fast forward and quit hitting the repeat button!

There are many explanations for what happened, but they are only conjecture, so let’s stick to what we know to be a reality! It’s about the ISSUES – not the personalities! The issues must be looked at and our decisions must be made based upon the realities, the issues – not the knockdowns in the fight! The fight is real, my friends – that is for sure, but the only way to win a fight is to keep fighting until it is finished! Speaking of a fight … have you thought about this?

Put on God’s complete set of armor provided for us, so that you will be protected as you fight against the evil strategies of the accuser! Your hand-to-hand combat is not with human beings, but with the highest principalities and authorities operating in rebellion under the heavenly realms. For they are a powerful class of demon-gods and evil spirits that hold this dark world in bondage. Because of this, you must wear all the armor that God provides so you’re protected as you confront the slanderer, for you are destined for all things and will rise victorious. Eph 6:11-13 (TPT)

Perhaps this explains what we watched? The battle of good vs evil, of heaven vs hell, of full-on spiritual warfare released in the battle for our Nation, without an awareness of how to fight the battle? Fighting it in the natural realm vs the spiritual realm? Just food for prayer and thought! We are called to stand in the gap, to lift up the arms of a man so the battle can be won. Joshua and Caleb stood at Moses’ side and held up his arms when he was weary so the battle could be won! I believe we witnessed first-hand the extreme need for the Body of Christ to engage in the battle and not to assume it’s the plight and responsibility of one man to win the war for us! Think about t, taking blow after blow, and then rising up to take it again! How would you or I handle that type of constant abuse, harassment, and full-on bombardment by the enemy? Thank God for a Body! For a family who rallies together to stand firm, stay focused, to gain the blueprint, the strategy for each round of the fight! That’s our job! That’s our part at this moment! Tune in to the Holy Spirit and focus our prayers in a forward motion!

ATTENTION! Calling all warriors, all helpers, and all members of the troops! It’s time to show up for the battle! It’s time to ACT instead of react! It’s time, my friends, to rise up and BE the Church!

Don’t be rattled by the noise and missteps within the battle! I urge you to quit talking about it, quit rehearsing the scene, and instead to get to work in a constructive, positive, faith-filled manner and join the battle from the frontlines, not simply from the comfort of the easy chair! You may not be able to do this in the natural, but everyone can do it in the spiritual realm! We can all pray fervently. I mean fervently, not passively! It’s time to dig deep with the Holy Spirit and yield our prayers to Him, for the victorious outcome that Heaven intends! We are in the Valley of Decision, so let’s decide to ACT upon what we say we believe!

I believe God is calling us to arise as Lover-Warriors! Those who love God, love America, love the Church and who can speak and act in love! Warriors that arise out of the LOVE connection who aren’t afraid to roll up our sleeves and do our part in order to see the outcome of success for our Nation!

So, let’s focus forward and talk about the issues! We are not voting for a man or a personality, we are voting for the ISSUES! Stay focused and don’t get caught in the friendly (or unfriendly) fire that can happen in order to blow up the mission!

ISSUES: There are many, but if we stand for righteousness, there is only one man willing to endure the battle to “Make America Great Again”! Issues like securing our borders, regaining our Constitutional rights to liberty and freedom, pro-life, pro-sovereignty of our Nation, pro-Israel, pro-God, pro-Democracy – just to name a few! If we do not want to go down the globalist-socialist-marxist road, we had better take up the call of Ephesians 6, put on our armor (spend time with the Lord gaining His mind, His strength, His strategy, His ways, and His blueprints), and realize we are not fighting against flesh and blood, but against a full-on agenda of the powers of Hell. Let US do our part to “Make America Great Again”!

God bless America, land that we love! Stand beside her, and guide her, through the night with a light from ABOVE!