Are You Still Standing? 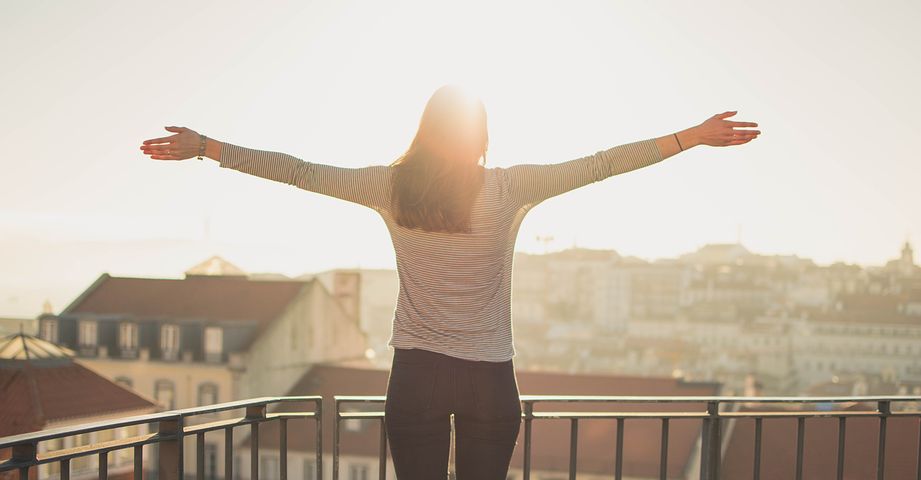 Hello, my friend! Are you still standing? Do you still believe God? No matter what it looks like in the natural? God has been and continues to speak to those who have ears to hear, eyes to see, and hearts to receive!

Somehow we have been taught to think that “if it’s God, then it will be easy”, “without warfare”, “all the doors will open up”, etc. Part of the problem is that our doctrine – our beliefs about God have been watered down and partially “me-centered”. God is growing us up! He loves us and wants us to come into the MATURITY of sons and daughters! Wow, has this been a year to grow up, right?

As we hear His voice and allow Him to transform and conform us to His image, our views of His nature change. We begin to grasp the mysteries of God in a way that causes us to be “transformed” in our understanding, our beliefs, our realization, and our expression. We begin to let God be God, and to show us who He is instead of us telling Him who we think He is! He is so much greater, more majestic, righteous, holy, awe-inspiring, and supreme than we understand. No wonder when he appeared to John on the Isle of Patmos, he fell at Jesus’ feet as if dead! Remember this was John – the disciple and apostle who was most known for his love for Jesus!

We have all heard these sayings: A “certain faith” is needed for “uncertain times”, and, “No guts, no glory”! We are in the midst of the ‘proving’ (testing) of both of these realities! These are definitely uncertain times in the natural, but God has and is revealing His plans, so we might have a certain faith. CERTAIN FAITH – one that is unshakeable, no matter what the natural circumstances around us may look and feel like. Are you developing “certain faith”? A faith that can stand with God and His plans – no matter what? I don’t simply mean the Christian cop-out of, “God is in control”, “God will do whatever He wants”! NO! I am talking about a steadfast faith that says … I believe God! I believe what He is saying! I believe His word! I believe His prophets! I believe! I am certain!

The bible puts it this way in Romans 4:21 (MSG): “He (Abraham) didn’t tiptoe around God’s promise asking cautiously skeptical questions. He plunged into the promise and came up strong, ready for God, sure that God would make good on what he had said”.  Remember now, this was Abraham who had a promise that he and Sarah would have a son – even though their ability to do so was as good as dead in the natural realm! God loves to stretch us to the place where ONLY He can do it! That way there will be no mistaking WHO gets the credit! Our part is to do what Abraham did and plunge into the promise and … COME UP STRONG!

No guts, no glory! Think about it! We are asking God for a great revival. Revival comes in the midst of God’s GLORY being poured out! If we do not choose GUTS right now, how do we expect to participate in His Glorious Outpouring? It takes guts – boldness, faith, the willingness to look foolish to the world because we stand for God and His word! Christians and Christian leaders all over the nation are caving in to the rhetoric that Joe Biden is our President-elect! He is NOT! Why are they doing so? Because they choose to listen to the FAKE NEWS instead of the Spirit of the Living God! Or because they don’t really know the character and promises of God and are afraid to put their reputation on the line to stand with something that seems impossible! Perhaps they have forgotten that NOTHING is impossible with God! Or maybe it can be attributed to the following things: 1) not believing in the baptism of the Holy Spirit and His gifts, therefore unable to hear what the Holy Spirit is saying; 2) Being too busy with their own lives and worries that they aren’t asking the Lord to speak to them about this world-shaping NOW moment; 3) Choosing to hold onto their limited view of who God is and how He works; 4) Believing they are going to be raptured out so why should we bother; 5) Listening to the ‘false prophets’ of the MEDIA and being swayed by their mantra; 6) their view of God is powerless and only limited to the natural world. Of course, there are other reasons, but those seem to be the most prevalent ones.

It is imperative that we CHOOSE to stand with Heaven in the midst of the seemingly impossible (apart from God). We aren’t just dreaming this up and deciding we will take a stand without basis or merit! Nor are we fanatics who refuse to take a loss. NO! We are hearing the voice of the Holy Spirit about what the Godhead desires to do! President Trump is the one anointed to lead our nation in this time and we will not allow the enemy to STEAL this from us! No, not on our watch!

God has plans for His Church and is calling us to “come up higher” so we might know Him better, believe Him more fully, and be prepared for the great outpouring to come! He needs us to understand that we must be a different church in order to see a different outcome! We cannot stay the same, or we will continue to get the same results we have had! That is not acceptable, as we have slept and allowed our country to disintegrate because we didn’t want to get involved and didn’t believe politics was our place! No more – not any longer will we lay aside our governmental duty to lead, guide, shape, and enforce the gates of influence in our country! We have the chance to awaken, arise, and take our stand! Let’s do it, Church! Let’s do it! Let’s be the ecclesia – the governing body of Christ on the earth! Let’s use the faith, authority, and strength we have been given by Jesus!

Don’t give in! Don’t give up! Don’t be discouraged! And, for Pete’s sake please don’t listen to the lying media prophets of Baal screaming their agenda at you, causing you to lose heart and buy their lies! Once again, I remind you that Jesus said, “My sheep know my voice and the voice of a stranger they will not follow”. Let’s follow Jesus, and be found as one of the faithful, as we watch our God do a biblical proportion modern-day miracle! For the sake of His plan in our nation and throughout the earth! Do it, Lord! We say, YES, and AMEN!

Most of you have probably heard this, but in case you haven’t: Click here to listen to an amazing prophetic word that will build your faith, instill guts (bold courage), and strengthen you in what God is saying about our election, his judgment, and the coming revival!

“For we did not receive the spirit of this world system but the Spirit of God, so that we might come to understand and experience all that grace has lavished upon us. And we articulate these realities with the words imparted to us by the Spirit and not with the words taught by human wisdom. We join together Spirit-revealed truths with Spirit-revealed words.  Someone living on an entirely human level rejects the revelations of God’s Spirit, for they make no sense to him. He can’t understand the revelations of the Spirit because they are only discovered by the illumination of the Spirit.  Those who live in the Spirit are able to carefully evaluate all things, and they are subject to the scrutiny of no one but God.  For Who has ever intimately known the mind of the Lord Yahweh well enough to become his counselor? Christ has, and we possess Christ’s perceptions”. 1 Corinthians 2:12-16