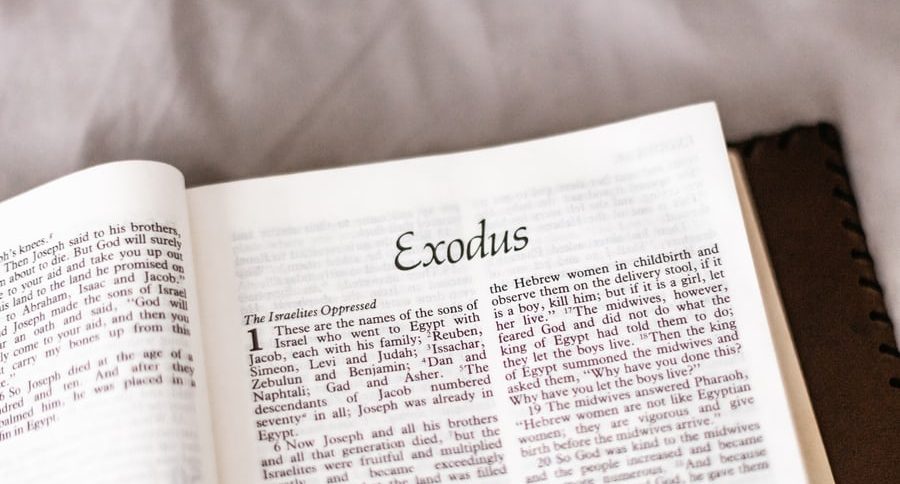 It appears to me that we are now at our Red Sea moment! We are standing at the edge of the sea with NO WAY OUT and Pharaoh and his army are in hot pursuit! We cannot go to the left or to the right. Nor can we go forward or backward. Either God comes through for us, or we are either dead or going back to Egypt to pay an even steeper price than previously. Those of us who have dared to believe God and His Prophets have nowhere to go! We must stand and believe that God will come through when there is no possible way out in the natural. We cannot be like one of the rats jumping ship!

Just think about it! We love to read the stories in the Bible and marvel at their faith, their courage, the miracles, the signs, and wonders! But, most of us have not had to actually live one of these Biblical storylines! Yes, I know that many people have lived through things that required a miracle, but not collectively as a Nation – as a people group!

Some years ago I had a pastor who asked, “How many of you want to see a miracle”? Almost every hand went up … save maybe a few older & wiser folks in the room! Then he followed that question with this one, “How many of you want to be the one who NEEDS a miracle”? You can imagine that all the hands went down, and went down quickly! You see, reading about, or standing for someone else’s miracle is a lot different than standing for your own miracle. Standing until the point of inevitable defeat if God doesn’t show up. I have lived several of those personal moments, and even one very difficult heart-wrenching, and life-changing moment of my life, where miracles were needed. But this current one is of a Biblical proportion like nothing else I’ve ever been a part of … and that’s saying a lot. I thought walking through these past 5 years required everything I had! It felt that way because it was that way, however, each of those trials brought me to the point of being able to withstand this one with a different kind of faith and perspective.

God is growing us up and preparing us for greater things! I believe that each one of us is being called to make future-shaping decisions as we stand with God. Think about those we call “the heroes of faith”. The Hebrews 11 characters who had to stand and believe God for seemingly impossible things! Wow, how were they able to do it? I believe it’s because they had personal encounters with the Lord. They heard His voice and determined to believe Him even in the face of insurmountable odds! It was their faith “in Him” that was credited to them as righteousness. In Him – not simply about Him.

Today, many are throwing in the towel, conceding, and walking away as they try to make sense out of what they have believed. I understand that because it is not comfortable to look foolish to the world. It’s actually easier to say “there is nowhere else to go”, “it’s over so we might as well give it up”! Each of us must decide based on what we have heard the Lord say – either personally or through the many prophetic voices who are not backing away from what they have heard. It’s the Valley of Decision that Jehoshaphat was in! I encourage you to read the whole chapter of 2 Chronicles 20. When they reached the place where it was impossible for them, they prayed, worshipped the Lord, and watched what God did on their behalves! The battle was the Lord’s – not theirs!

Indeed they saw the entire enemy army wiped out (because they turned on themselves), they collected the spoils, and Jehoshaphat was crowned King! There was nothing they could do for themselves – it was God showing up to do what He said He would do! Does this biblical story sound familiar?

We have a choice to make right now. Will we read the example in 2 Chronicles 20 and believe the Lord and His Prophets, or will we give up just short of our miracle when the Lord Himself shows up to deliver us? I choose to stand! Without the Lord what else do we have? It may not be easy, but it will be worth it! I would rather be like the “heroes of our faith” – even those who didn’t get to see what they believed God for! Although, somehow, I do believe we will see what He has promised. Let’s also continue to pray for President Trump, his family, and those who surround him. This is far from easy, but with God’s help, he can remain the Deliverer he was sent to the USA to be!

Let’s pray, worship the Lord, and watch what He has in mind! Being led by the Holy Spirit, we will act accordingly and find ourselves on the winning side!

Jehoshaphat bowed down with his face toward the ground. All the people of Judah and Jerusalem also bowed down. They worshiped the Lord.  Then some Levites from the families of Kohath and Korah stood up. They praised the Lord, the God of Israel. They praised him with very loud voices. Early in the morning, all the people left for the Desert of Tekoa. As they started out, Jehoshaphat stood up. He said, “Judah, listen to me! People of Jerusalem, listen to me! Have faith in the Lord your God. He’ll take good care of you. Have faith in his prophets. Then you will have success.”  Jehoshaphat asked the people for advice. Then he appointed men to sing to the Lord. He wanted them to praise the Lord because of His glory and holiness. They marched out in front of the army. They said, “Give thanks to the Lord. His faithful love continues forever.” They began to sing and praise him. 2Chronicles 20:18-22 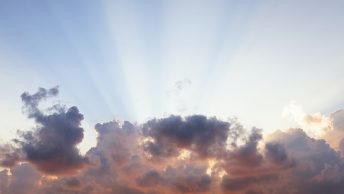