What Happens When the Enemy Thinks He Has Won?
Add comment
Share:FacebookEmail 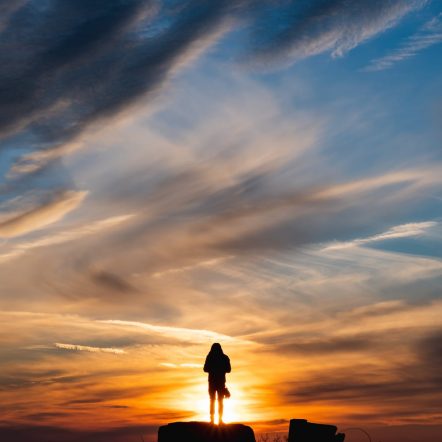 What Happens When the Enemy Thinks He Has Won?

The one thing that is consistent about our enemy (the devil, satan, the schemer, our adversary, the one who seeks to exalt himself above the Most High God) .. he always overplays his hand! ALWAYS! He gets a taste of victory, blood, and success and just can’t seem to stop until he pushes too far! We are fully aware of what happened when he (satan) pushed the crowds to demand the life of Jesus as they yelled … Crucify him, crucify him!

I’m reminded of the time I flew to Medellin to put my home on the market and finalize my belongings. Once again I was brought face-to-face with the reality of battle when Ron lost his life to the scheme of the devil that took him out way too early (at least too early for my preference)! As I cried and prayed, yielding the hopes and dreams of the life I once had, I again determined to trust the Lord no matter what. As I was thinking about how the devil took Ron’s life so horrifically, I asked the Lord, “how can this be that the enemy can take out your people”? The Holy Spirit began to speak to me in His still small voice!

He said that when it appears the enemy has won, he does not take into account the end of the story – the results of his attack! He doesn’t know or anticipate the unleashing of God’s plan as a result of overplaying his hand! He began to speak to me about His plans for my life and what would be accomplished as a result of the overplay of the enemy to destroy, not only Ron’s life but mine too! We have to see beyond the natural – beyond the immediate – into the eyes of faith and purpose that will indeed emerge up from the ashes that were created by the low blow of the enemy. I saw that … God ALWAYS wins! There is no loss ultimately, even though it appears so in the moment.

We are in in the middle of exactly one of those storylines! The one where the enemies of God think they have won, but they have absolutely no idea what they have done to set up a PAYBACK beyond their imagination! They fight the battle to shut down what they know is imminently coming, but fail to comprehend the boomerang effect of the overplaying of the hand! If only they would do the deed and stop, perhaps the retribution would not be so much, but … NO, they cannot help themselves until they push too far! Glory to God … He always wins … even when it looks like a loss!

They have pushed God’s people too far this time! They have lied, cheated, stolen, abused, accused, framed, and spit in the face of God’s anointed. Remember, they did this on the cross, too? Reviling, hurling insults, mocking, taunting, laughing, and jeering, but they did not know that Sunday was coming!

My friends, I do not know when Sunday will be or what it will look like, but I know … it is coming! Not only did Jesus arise from the dead, but he took captivity captive, and put on display the hoards of hell. He took the keys of death, hell, and the grave! They could not and did not hold him down! I say to you now … the same thing is true today! They cannot and will not hold us down, for the SAME SPIRIT that raised Christ from the dead dwells in us and will quicken HIS BODY to life, resurrection, power, authority, victory, and power in the Kingdom of our Almighty God!

Be not discouraged, nor be afraid, for Sunday is coming! He is not dead as you supposed, but only sleeping! AWAKEN, oh sleeping one, and let the LIFE of Christ be quickened within you! There is a purpose, a plan, and a great outpouring that is just around the corner. We will not sleep through it, but we will ARISE, believe God, and walk victoriously into OUR PART of the storyline! The enemy has overplayed his hand, and GOD will cause the plan of the Lord to be revealed. It’s the “counter-punch” of God to the seeming death-blow of Satan and his cohorts.

Hang on, and trust God! He will never fail us! He cannot … it is impossible! We shall yet see the criminal syndicate uncovered and dealt with! We simply must allow God to do it His way and in His time! Justice will prevail. We must not think that God will overlook the blatant evil in the matters at hand. I say again, “justice will prevail” – you can count on it!

Up from the dead He arose and triumphed over all His foes! We shall see the resurrection of our God in these matters, for He has a plan for our Nation and the world, and the gates of hell SHALL NOT prevail against Him or us!

And … I believe that our TRUE, LEGAL President will be seated … let God arise and His enemies be scattered! Stay strong … ALL EYES ON JESUS! He wins and so do we!