GIVE THE ORDER For Righteousness & Justice to be Released!
Add comment
Share:FacebookEmail 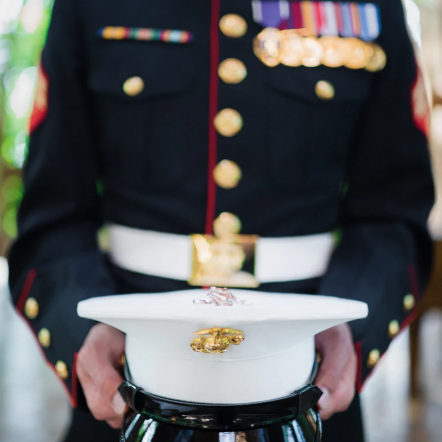 GIVE THE ORDER For Righteousness & Justice to be Released!

I’m releasing this word I heard in my spirit this morning while praying! April 6, 2021 @ around 8:30 am. While praying about something entirely different, I began to hear the marching of the Military like a groundswell underneath the surface. As if, order and power were being “reigned in” waiting upon the arrival of the anticipated order. Like standing at the starting gate of a race waiting for the announcement to be made, that says, NOW …DO IT NOW! I will add nothing to it, just simply announce what I heard and stand in prayerful agreement! There was no fear attached to this … absolutely NONE! It was received as an alert in the spirit to … “stand and pray”. I’m releasing it with that stance in mind, in obedience to what I “heard”. Be blessed, be expectant, for God is surely a God who does what He says He will do!

I began to hear the army (military) marching and rising up to go throughout our land proclaiming righteousness and justice.  I speak to President Trump to come into agreement with God’s plan and release the orders.  They are ready and waiting for the order.  They are READY!  WAITING ON ORDERS!!!  Release the orders into the spirit realm (us in a declaration)!  Release the MILITARY ORDERS!  Surround President Trump with the boldness of his calling and anointing that God has placed upon him to … DO THIS!  Rise up, Military!  Rise up, Saints of God!  RISE UP AND BEGIN THE MARCH TO FREEDOM, RIGHTEOUSNESS, AND JUSTICE FOR THIS LAND!  Let Your WILL BE DONE, LORD!  Your will has already been spoken, made known, and released to those who will hear.  THEY (the military) are waiting on THE ORDERS!  They are READY and WAITING!  Let it be so, Lord.  Let it be so!  Righteousness and Justice are about to be delivered, seen, and known throughout this Land!  I hear the marching.  They are marching as they wait to be released.  That means that … INSIDE – THEY ARE ALREADY READY!  In a position of readiness, they are already MARCHING … simply waiting upon the ORDER!  Let’s rise up and give the order in the spirit realm in, Jesus’ name!