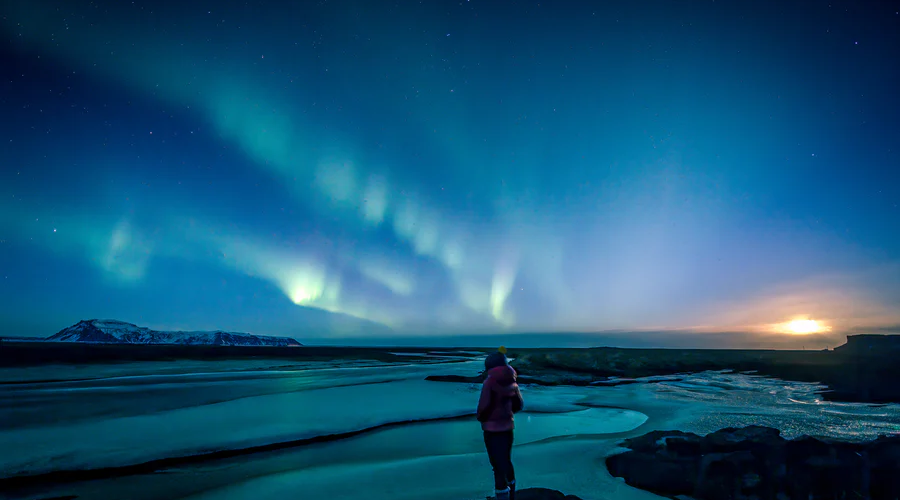 Who’s Image Will We Conform To?

Whether we understand it or not, someone or something is constantly seeking to influence our thoughts, opinions, and ultimately our belief system. We are meant to be challenged, to enlarge our grasp of things, but at some point, we must come to the place where we have a solid foundation and cannot be shaken. At the root of our “true north” is what we believe about God. It’s not simply, “Do we believe in God”, but rather “Who is He to us and how do we view who He says He is.” It’s good to be challenged, to actually ponder with God what we believe and why we believe. Normally it takes a “moment of upset” to get our attention long enough to actually question what we say we believe.

My moment of heartfelt questioning began when Ron (my husband of 30 years) died. I won’t say that I questioned God per se, but rather, I questioned how I could say I believed what I professed, yet not see the fruit of it in many ways. Jesus, how can I say you are who I say you are and yet …” I began to yield my thoughts about Him as I knew that my way didn’t produce the benefits I said I believed about Him. Where had we gone amiss that His power wasn’t accessed for us? I realized that so much of what I thought (and said) I knew or believed didn’t actually have the power behind it that should have followed. Somehow all these years, simply believing these things hadn’t brought us to the point of being able to walk in the truth! All my traditions, religious beliefs, decreeing, declaring, and praying were brought into a deeply held place of questioning. This was my moment of reckoning! I wasn’t questioning in a way that looked like this, “Lord, why didn’t you heal Ron?”, but it looks more like, “Lord, how can I say I believe you are these things and yet throughout all these years if I’m honest, I have seen very little true healing. Why Lord? What am I missing?” On the other side of His great and mighty “crashing in on me,” I have learned some things I believe come only through a deeply yielded heart. How many times do we say we are yielding, but we are really only looking for a confirmation of what we believe? There is a time for that, but with the Lord, it is imperative that we truly YIELD! The problem is that somehow we don’t really know our own hearts! We can so easily deceive ourselves with the traditions, religious ideas, and doctrines that have been formed by man.

Over these past few years of 2020 and 2021 – now continuing into 2022, we have all had our worlds shaken. We have awakened in ways we didn’t know we were asleep. If you are like me, I thought, “Now I’m awake. Praise God!” As if, we haven’t been so asleep on many levels that one or two answered alarms has completely awakened us! We are now in another one of these times with THE WAR CRIES being heard around the world. Why is it so important that we rightly discern these times? After all, it’s just ‘bad Russia’ and ‘poor Ukraine’, right? It should be simple. All you have to do is look at FB and see the pictures (true or untrue), and your heartstrings can be pulled upon in ways that are designed to automatically shape your view of the situation, therefore conditioning the masses to an unseen agenda. And besides, as tragic as it is, our world is continuing, so we can talk about it but it doesn’t really affect our daily lives too much, right? We can do the Christian thing and pray, and we should, but what more can we do?

For me, it comes down to this … “What do I believe based on the TRUTH of the bigger picture?” For it’s in our belief system that our future decisions are being shaped and molded. Will we be conformed to the image of man, a system, an illusion, or to the image of Christ? In order to truly know the answer to this question, we have to rightly discern the times in which we are living, like the sons of Issachar. Are we willing to be made uncomfortable in the awakening of much of what we have held to be true? Ron was what I used to call “a conspiracy theorist”, but I discovered that instead, he was someone who could see what was taking place around us through the eyes of the bigger picture. I trusted him and therefore believed him, but I did not comprehend “how it could be so”! I thank God for using him to prepare me for this most amazing time in history! All those things he used to talk to me about have been being lived out in full color. Wow! When I returned to the States after 9 years abroad, I was so taken aback at how politically charged everyone around me seemed to be! I couldn’t take it and simply chose to put my fingers in my ears and be like Polyana … Lalalala! Until, one day in 2020, the Holy Spirit made me so uncomfortable as He opened my eyes to the storyline and led me on a deep dive into the rabbit hole! Aha, I exclaimed, as I started to see how the pieces of the puzzle actually fit together. He revealed to me the part that connected the dots … THE AGENDA! That’s the part I never could grasp. I would say to Ron, “But how would this ever really happen?” “Why would THEY (whoever they were) do this? I mean they are human beings, they are Americans, so why?” “Where is God in all of this? I cannot see where He is at work in this? How would mere humans be able to pull this off?” Do you get my drift of where I was at? I believed, but I didn’t comprehend the underlying agenda of the Luciferian, Globalist Elite, Kabbal, or whatever you want to call them. I didn’t realize that they were not “like us”, but instead they were those who had given themselves over to the agenda of Hell and will do whatever it takes to rule the world! They want to be ‘god’ (little g)!

With this new understanding settled in my heart, I planted my feet and determined that whatever comes my way, I will follow Jesus! I will not bow to this agenda from Hell. For me, it’s not about being right or being a rebel, it’s about having my inner eyes opened to the underlying bigger agenda! Once we actually truly grasp this, we will smell a rat much more quickly! We will spot a fake because something about it just doesn’t ring true! We are continually positioning ourselves with the Lord and not being tossed to and fro by the winds of news, propaganda, or doctrines. We don’t believe everything is being pushed upon us from either side. We take it to the Lord in prayer and allow Him to reveal the bigger picture so that we can stand back, let our minds once again shift or expand to take in things that shock us, and then plant our feet firmly on the Rock! Remember that the scripture says, “Everything that can be shaken will be shaken” and that includes us! We will discover that the decisions we make, the things we agree with, the memes we post, will all reveal our true barometer of awakening. The Lord is busy in this world awakening His people, shaking our trees to get rid of the spoiled fruit so that truth, righteousness, and glory can shine forth from within us. I would dare to say that many of us have never been so uncomfortable and that’s a good thing! We are never going back to the world of yesteryear! We are either awakening or we are being lulled into complacency – the choice is ours. The difference is in the places where are we willing to allow the Lord to conform us to His image instead of allowing the world, the church, leaders, friends, or whomever else to tell us how we must think and believe? It’s important to know that in the midst of His glory being poured out also comes the mess and upheaval of the shaking! They are not linear events, they are simultaneous!

I will conclude by once again saying that during the years after Ron died and my world was turned upside down, the Lord crashed in on me and turned it right-side-up! In truth, He turned it from outside-in to “inside-out!” What I mean by this is that He turned over the rocks of religion and tradition in my life as He shined HIS TRUTH and established my inner terrain as “good soil” where He sowed HIS WORD into my earth and changed my life! He exposed the tares that were mingled amongst the good seed, uprooted them, moved the pieces of my understanding around the chessboard until THE KING was the true central figure! He kicked over my sacred cows, uprooted the tares, took the pieces of the wrong puzzle out of the mix, and revealed HIMSELF in ways that shook me to my foundations! I will never be the same as the Light of His beautiful face shined in the darkness of my soul, shifted my view of Who He is, and made my inner garden a place to dwell with Him! As He reveals the truth we are SET FREE in ways we didn’t even know we were in bondage! He is calling throughout the earth “Let me people go. Set my people free that they might worship ME!”

Let’s be conformed to the image of Christ as we learn to hear His voice, follow His ways, be like the sons of Issachar who discern rightly the times in which we live, and be the ones who can arise as Deliverers, Awakeners, Sons & Daughters. We can only lead others to a place we have already ourselves gone! Otherwise, it is merely a good idea, concept, intellectual information, and religion! ARISE, SHINE for the LIGHT HAS COME UPON YOU AND THE GLORY OF THE LORD SHINES ON YOU!

All around us we observe a pregnant creation. The difficult times of pain throughout the world are simply birth pangs. But it’s not only around us; it’s within us. The Spirit of God is arousing us within. We’re also feeling the birth pangs. These sterile and barren bodies of ours are yearning for full deliverance. That is why waiting does not diminish us, any more than waiting diminishes a pregnant mother. We are enlarged in the waiting. We, of course, don’t see what is enlarging us. But the longer we wait, the larger we become, and the more joyful our expectancy. Romans 8:22-25 (The Message)